He ends watering the Cynthia; the dew is still fresh on the blades of the grasses and the tender petals of just-bloom roses are still wet; the morning is still holding the serenity of a typical December morning; a cold though warm breeze coming from the sea. Suddenly, he heard a soft zoom; at first it is inaudible but the effect of humming can be felt; he wrinkle his eyes to look at the young oranged blue sky. A military fighter plane appears; follow by another and then another and then a pack–whoosed over his head blowing his cap away. 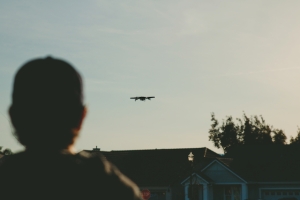